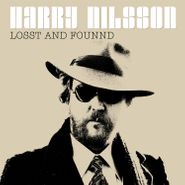 When Harry Nilsson departed this mortal coil in 1994, he was at work on his first album of new material in fifteen years. Now, twenty-five years later, that album is finally seeing the light of day as Losst & Founnd. This is soon-to-be classic Nilsson material, with the spotlight on his unparalleled gift for songcraft and his immensely likable voice and lyrics. The album features nine all new Nilsson tracks plus covers of work by Yoko Ono and Jimmy Webb. Paying tribute to the late, great Mr. Nilsson on this record are Van Dyke Parks, Jim Keltner, Jimmy Webb, and Nilsson’s son, Kiefo. Essential listening.