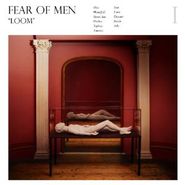 Fear of Men pull some of the best bits of shoegaze and alternative together to create a slick (but not too slick) and immensely enjoyable debut record. Singer Jessica Weiss has a smooth, exacting voice that calls to mind ethereal singers of yesteryear, from Cocteau Twins’ Elizabeth Fraser to The Cranberries’ Dolores O’Riordan. The band plays muscular indie-rock that can move in graceful lockstep (“Tephra”) or set a pretty, yet never sappy backdrop over which Weiss can breathily intone, as on the lovely “Seer.” On the album’s most thrilling moments, Weiss will stretch her voice into territory that goes beyond the expected, singing into a lo-fi mic on the gorgeous “Descent” or looping into dizzying layers on standout “Waterfall.” There’s still a bit of room for Fear of Men to come into its own, but it’s difficult to argue with their sound when Loom sounds so immaculate. It’s definitely one of the most promising debuts of the year, and sets up Fear of Men as a band to watch this year and long after.