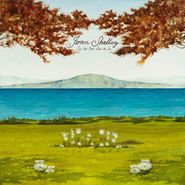 With its earnest, sanguine title and placid album cover, Joan Shelley is not trying to fool you. Her newest record, Like The River Loves The Sea, does not dabble in cynicism, nor does it dilute the traditional folk sounds that Shelley clearly reveres. An acoustic guitar or two, hand percussion, and Shelley’s high, wistful alto is enough to drive the bulk of these 12 songs, and they are all the more captivating for it. This is folk in the great tradition of Judy Collins and Joni Mitchell, without electronic manipulation or stadium rock pretension, and it sounds just as timeless now as it would in any past decade.