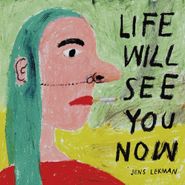 Jens Lekman’s witty way with detail won him fans the world over with albums like Night Falls Over Kortedala. But the long wait for his next album was rewarded with the so-so I Know What Love Isn’t in 2012. Now, after another five-year wait, Lekman returns with his best release in a decade. He still shares the same sardonic wit as before, on songs like “Our First Fight” (“Another discussion about some TV show that never ends/No I haven’t seen Season Three/God I wish that you would just look at me”). But his occasional sour mood is tempered by a vibrant travelogue of worldly sounds, and as a result, Life Will See You Now sounds like a nomadic diary, full of sometimes hilarious, sometimes heartbreaking tidbits. From a stately crisis of faith in the late ’90s (“To Know Your Mission”) to a Balearic beat-laden ode to fucking up a carnival (“Hotwire the Ferris Wheel”) to a folksy unrequited bromance (“How Can I Tell Him”), there’s no shortage of vivid scenery. And the music has never been more inviting, on the island-dance fun of “What’s That Perfume That You Wear?” and nu-disco of “How We Met, The Long Version.” Similarly to Belle & Sebastian in their later years, Jens Lekman has learned to let loose. The result is one of his best releases yet.