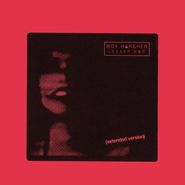 Dark electronic duo Boy Harsher formed in 2013 and has since rapidly emerged from the depths of the post-punk/industrial scene to regularly sell out shows both on their own and on tour with fellow travelers The Soft Moon. Drinking at the same deep well as spiritual progenitors Suicide, Chris & Cosey, and HTRK, producer Augustus Muller and vocalist Jae Matthews are known for their powerful live shows, darkly seductive studio LPs, and compelling remixes. Originally strictly an underground affair, the band's first couple of releases have been difficult to find in stores. Now the band has made these highly sought-after albums available to new fans through their own Nude Club label. Lesser Man, their debut EP, was recorded on a collection of cheap synths at the pair's home in Savannah before they relocated to Northampton, MA. A batch of 100 cassettes was released by local label Soft Science before getting reissued by St. Paul, MN label Night People in 2014 then returning to the ether, until now. This extended LP version includes two digital-only bonus tracks: a radio edit of early hit "Pain" and a remix by The Soft Moon.