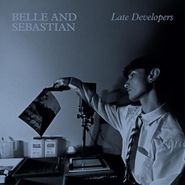 Belle and Sebastian return with one of the most high-spirited, ebullient albums of their career. Late Developers showcases the band’s impeccable songwriting skills, this time with a more pop-oriented sensibility that feels fresh, energetic, and upbeat. Of course, the band still has that singular ability to create a turn of phrase that serves as a dagger to the heart, and there are some true melancholic delights within these tracks. Camera Obscura’s Tracyanne Campbell appears on “When The Cynics Stare Back From The Wall,” which is a nice surprise for fans of wistful, lovely Scottish indie pop. Late Developers is playful, unexpected, and a real joy.