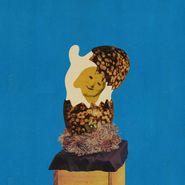 On Junior, new Sub Pop signees Corridor already sound like a band you’ve loved for years. This is the third album for the Montreal rock ’n’ rollers but it’s most likely the first time American audiences have heard the band fuse their easy-to-love blend of indie, psych and jangle pop. The band seems to harken from a groovier, sun-kissed sphere, where time moves slow and cheery harmonies set sail over moody moments of sonic experimentation. Corridor is the first French-speaking band to get picked up by Sub Pop and for good reason; the language adds an extra layer of cool but it’s the tunes themselves that are timeless, transcending language with their psychedelic, blissed-out vibes.