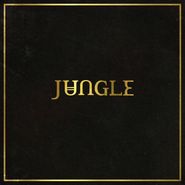 On their self-titled debut, U.K. duo Jungle craft low-key, immediately likeable and unexpectedly soulful electro-pop in the mold of The Beta Band, Miike Snow and Hot Chip. On songs like “The Heat,” scattered city sounds like children playing or police sirens, taken together with bright synthesizers and classic R&B songwriting, feel like a stroll through a city park, colors and sounds bleeding into one another. “Busy Earnin,’” which presents updated Philly soul through the eyes of British knob twiddlers, has the feel of a socially uplifting AM radio classic, while “Time” is hazy slice of synth-funk that feels inspired, taking familiar influences but building out their own sound. It’s the rare act that can pull off this sort of thing without seeming superficial or disingenuous—Jungle make it work by including quieter passages like “Smoking Pixels,” an contemplative instrumental recalling prog-pop of the past like 10cc or Godley & Cream. And songs like “Julia” can’t help but feel cinematic with their implied street drama and spacey synths, soundtracking some imagined sci-fi cop movie. With their solid debut LP, Jungle capture an updated cosmopolitan sound that should land them on every cool movie, TV show and festival show bill from here to across the pond.