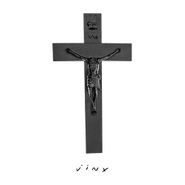 Weekend’s second album of neo-shoegazing rock ‘n’ roll seems to hit every right note. From the get-go, on “Mirror,” we’re thrust into a dark tunnel of dreamy and distorted sounds, with a killer bass line. While their first album, Sports, was a cool update of Jesus & Mary Chain-style noise, the San Franciscans up the breathy, atmospheric beauty on songs like “Oubilette,” as well as the hookiness, as on the industrial pulse of “It’s Alright,” which sounds like the marriage of classic Nine Inch Nails with shoegaze titans Ride. They still have a bit of a ways to go before establishing an identity all their own, but for now, Weekend are perhaps the best band around at doing what they do. No sophomore album “jinx” here — Weekend’s latest is killer.