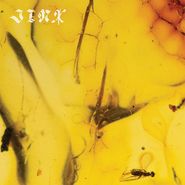 Crumb are a Brooklyn-based four piece that play a particularly hazy strand of psych-pop. Contrasting hypnagogic music with frontwoman Lila Ramani’s immediate, intimate vocals, Jinx arranges the familiar sonic infatuations of 2010s indie into an unfamiliar and otherworldly whole. Jazzy, soft-rock elements which have been so in vogue this past half-decade (whether it be genuine indie stars such as Mac DeMarco or internet sensations Gus Dapperton/Boy Pablo) make up a good part of Crumb’s sound, but so do bits of chillwave and other niche psychedelia as well. The instrumental for “Fall Down,” in particular, could be mistaken as an early Washed Out track, yet Ramani’s dreamy, laconic delivery turns it into something more akin to a lysergic version of Billie Eilish. Lead single “Nina” somewhat resembles Innerspeaker-era Tame Impala, especially in its taut backbeat and hazy melody, while “Ghostride” strips off a few layers of gauze and functions as the most immediately catchy tune on the album. The confluence of surreal atmospherics and straightforward hooks on Jinx beg the question: is this a case of modern psych getting progressively catchier, or is pop just getting weird?