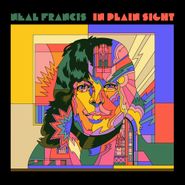 Neal Francis’ In Plain Sight is a throwback ’70s-style album with a serious amount of scruffy charm. The singer/songwriter just emotes golden-era-of-rock-n-roll-cool on this collection, and he’s joined by an excellent cast of collaborators, including Derek Trucks on slide guitar, and his bandmates Kellen Boersma on guitar, Collin O’Brien on drums, and Mike Starr on bass. The album was recorded on tape at a former church in Chicago where Francis found himself living after a breakup with his then girlfriend. That curious mood pervades the entire album; beneath the struggles and the turmoil, there’s a transcendence and a sense of possibility. A special album that should win over many new fans for the talented Francis.