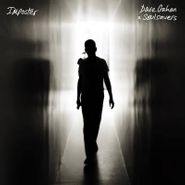 If only all covers albums could be as good as Imposter, Dave Gahan’s latest outing with Soulsavers. Gahan takes familiar tracks and gives them his own distinctive dark sheen while still maintaining the spirit in which their originators recorded them. He tackles James Carr’s “The Dark End of the Street,” PJ Harvey’s “The Desperate Kingdom of Love,” Neil Young’s “A Man Needs a Maid,” and a slew of other classic and cult tracks. All emerge feeling more urgent and seductively melancholy than before. The way Gahan and Soulsavers have reinterpreted such recognizable works to sound like a cohesive, singular release is truly impressive.