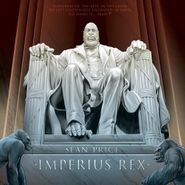 The 2LP Imperius Rex was the anticipated posthumous album from the late, beloved Brooklyn hip-hop artist Sean Price, who died two years ago at age 43. In addition to a slew of cameos on other artists’ tracks released over the past year, Sean Price (aka Ruck), who came to fame via Boot Camp Clik and Heltah Skeltah, also left us with his fourth (and best) solo studio album in 2017. With various producers, including The Alchemist and Harry Fraud, Imperius Rex also features an impressive list of mic collaborators such as MF DOOM, Styles P, Method Man, Raekwon and Prodigy (RIP) of Mobb Deep, who tragically died two months before this album’s release.