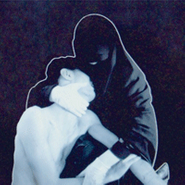 This is the third album by Crystal Castles. And the third self titled album by the band. So they are just calling it "III" to simplify things. Crystal Castles are the second of three Canadian bands in my top ten this year. I have loved these guys since their first album released in 2008. Their second album was released in 2010. And they have now gifted us with a fantastic third album in 2012. You will not be disappointed in this album if you are already a fan of this band. I knew I would love this album as soon as I got through the first song on the album. A perfect dark electronic album for these winter months. These guys always make me think of Bikini Kill mixed with a band like Aphex Twin. These are some dark songs. But beneath them is a fun and vibrant energy.

Early interviews about Crystal Castles stunning third album have seen frontwoman Alice Glass discussing oppression at length with Bono-ish fervor — not something typically associated with an image-conscious electronic duo known more for its antagonistic records and brawling live shows than its politics. But Glass and synth stud Ethan Kath can have it both ways, as III is another visceral attack of a record from Crystal Castles that ups the meaning behind their furor, both explicitly and implied, without losing any of their hedonistic attitude. In fact, III, while lacking some of the shock value of the first two records, is Crystal Castles’ most consistent statement to date. Tracks like “Plague” and “Wrath of God” still pack walloping beats, but they are more of mood pieces than, say, something like II’s “Baptism,” full of moody, heaving passages that draw you in and keep you rapt across the record. III is also smartly paced, keeping some of its more crowd-pleasing moments for later in the record, whereas previous albums were front-loaded. The fourth song in, “Affection,” shares a chord-scheme with MGMT’s “Kids,” though its warped vocals sound like they’re echoing from an abyss — not exactly radio-friendly material. Glass quits whispering and unleashes her trademark echoed yelps on the spare “Pale Flesh,” sure to be a live favorite, while “Sad Eyes” charges forth with unabashed club glee and hard-hitting beatwork. The album’s final quarter features some of its most remarkable moments, full of seedy club bangers, while its last song, “Child I Will Hurt You,” is a typically gorgeous closer from the band, layering Goblin-style keyboards over Glass’ haunting vocals, which often sing of pain inflicted upon the vulnerable, echoing the statement of that album cover, calling to mind suffering and comfort in equal doses. That concept isn’t as overt as it could have been, but when it does come through, as when Glass sings “I’ll protect you from all the things I’ve seen” on “Kerosene,” Crystal Castles create the aural equivalent of gunfire and a helping hand.