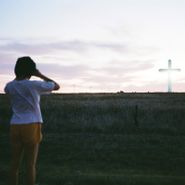 Twin Cities-based post-punks Lifter Puller never quite got the recognition they deserved, later morphing into The Hold Steady, who made up for the lack of adoration by quickly becoming critical darlings throughout the 2000s. At the heart of both bands has been motor-mouthed Craig Finn. Following the cooling down of ‘Steady’s classic rock engine, which often sounded like an amphetamine beat poet reading over E Street band jams, Finn has largely ditched monikers and supporting casts, beginning his solo career with 2012’s Clear Heart Full Eyes. The Hold Steady may hardly exist these days, but Finn’s pen hasn’t slowed down, and I Need A New War continues his long running Great American Novel. Over a tapestry of ragged rock ‘n roll, heavy on harmonicas, wheezy organ, and Salvation Army brass band horns, Finn narrates his weary Midwestern characters as only he can, with verse and voice that instantly transport the listener into those same dive bars and back alleys. There’s nothing commercial or cosmetic about this kind of Americana, but I Need A New War is beautifully unbeautiful.