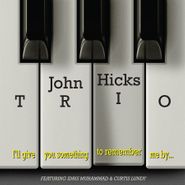 Tidal Waves Music proudly presents the FIRST ever vinyl reissue of this classic jazz album (originally released in 1988). This reissue comes as a deluxe 180g vinyl edition…also present are the exclusive pictures shot by legendary Dutch photographer Frans Schellekens (known for his work with artists such as Chet Baker, Alice Coltrane, Freddie Hubbard and Sonny Rollins). This will also be the the first time the album is being released in North America and in the UK.