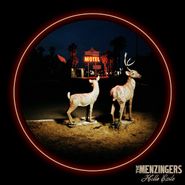 Philadelphia-via-Scranton punk band The Menzingers have been around since 2006, then a group of teenagers who put out their debut album a mere year later, and they have since quite literally grown up on record. Now in their early 30s, the parties are over (i.e. 2017’s After The Party), the hangovers are worse, and cold, bitter reality starts to set in like never before. This is all addressed in Hello Exile, an album very weary of the times: whether that be of rotations around the sun that The Menzingers are up to, or the politically and socially volatile climate of the world at large. That doesn’t mean there aren’t moments of sweetness to be had, as the gorgeous “Anna” proves the band is still plenty capable of melding sublime pop punk hooks with their earnest, heart-on-sleeve lyricism.