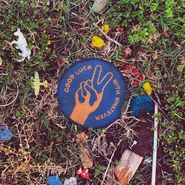 For Dawes' seventh studio album, the SoCal band addresses getting older with a sense of humor and a wariness toward the world. "Still Feel Like A Kid" is a country-rock ode to never quite growing up despite physical aches and pains, while "St. Augustine at Night" is a folky ballad. "Who Do You Think You're Talking To?" is more straightforward pop/rock with an '80s feel, showing off the group's continued versatility in songwriting and arrangement.