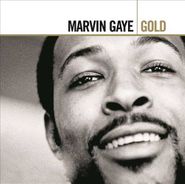 Although the title could only have been coined by a marketing department, The Ultimate Collection deserves the highest of praise. It is not only the first American compilation to survey Billie Holiday's entire 25-year career -- and astutely, at that -- but it also includes a DVD that presents the lion's share of her film and TV appearances, a full discography, and an interactive timeline. The audio discs spotlight all of Holiday's most innovative material, from the musically pioneering "Billie's Blues" and "Lover Man," in which she refined the perpetually coarse female blues form and virtually invented the slow-burn torch song, to the socially progressive "Strange Fruit" and "God Bless the Child," wherein she yoked reform concerns to beguiling pop songs and became a master of the protest song. (As it should be, the 1939 of Billie Holiday's "Strange Fruit" seems much more recent than the 1939 when a majority of Southerners felt lynching was justified in case of sexual assault.) The bulk of the material rightly comes from her Verve and Columbia libraries, but there are many inclusions from her breathtaking Decca and Commodore catalogs, as well as a superb version of "Trav'lin Light" from a 1942 Capitol session with accompaniment from (surprise) the outmoded but effective Paul Whiteman Orchestra. Fittingly, the program begins with one of Holiday's first sessions -- in 1933, when she provided a short vocal chorus over a reading of "Miss Brown to You" by Teddy Wilson & His Orchestra -- and it ends, on the DVD portion, with her reprising another 1933 title for the television program Art Ford's Jazz Party one year before her death.