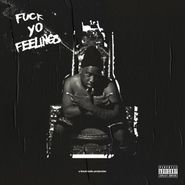 For his first release under his own name since 2016, producer Robert Glasper presents an eclectic mixtape with contributions from Andra Day, Denzel Curry, Mick Jenkins, Yebba and even Herbie Hancock (on the soulful "Gone" and the intricate "Trade In Bars Yo.") From the Erykah Badu-styled "Endangered Black Woman" with Andra Day to the slick autotune of "I Want You" to the enigmatic instrumental closer "Cold," it's a star-studded mash-up of hiphop, neo-soul, jazz and R&B. As those last two show, Glasper's solo tracks are often just as impressive as his collaborations.