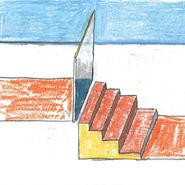 The last two years have seen artists like Ariel Pink and Julia Holter step away from their roots of making ultra low-fi albums, instead turning to more polished, carefully produced tracks. As these avant-pop weirdos of the highest degree move into new directions, Homeshake's Fresh Air fills the void that they left. Previously part of Mac DeMarco's band, Peter Sagar split to focus on his solo career as Homeshake. Crafting cartoon sounds, digital bare synth riffs, and R&B vocals, Fresh Air deviates from the indie rock vibe of his previous albums and goes into full funk deepness with riffs trying their best to sound like George Clinton jamming out on a children's Casio. Homeshake removes the corny stigma from "smooth" as his complex, artsy take on funk is taken into mellow depths that feel like a contact high upon first listen. "Khmlwugh" opens up with tinny, drum machine samples with synths that sound like they're being processed through a Commodore 64. When Sagar's vocals come in, his calm, cracking voice is almost antithetical to R&B virtuosity, but it works perfectly to create a psychedelic, computerized landscape. And as quickly as the song starts, it suddenly ends on a minute long drone that sounds more like Terry Riley than Parliament. "Call Me Up" gets as close to the private press, electronic weirdos of the '80s than anything else on the album. The instantly catchy melody is perfectly suited to the raw, unprofessional audio quality and creates a hypnotic jam that feels like a stoned, late-night drive. It's strangely sexy and romantic, but almost too crazy to be a mood setter. Homeshake is the perfect continuation of the future-looking, groundbreaking electronic artists who created unique worlds and sounds with the bare minimum equipment. Spacey and crazy.