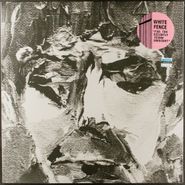 It can be a drag when artists who’ve previously recorded in lo-fi trade for something cleaner. But while Tim Presley’s fifth album as White Fence, For the Recently Found Innocent, was recorded in a studio and not the bedroom and features live drums, it isn’t some self-important statement or anything. It just better reveals the tunefulness that has always been prevalent in White Fence’s sprawling releases.