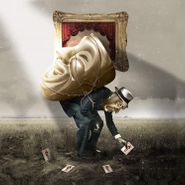 One of the most musically literate of the New Wave songwriting sect, Joe Jackson slowly graduated from acerbic-yet-tuneful, Elvis Costello/Graham Parker-indebted spunk to the sophisti-pop and yuppie rock of his most successful period, with Night and Day and Body and Soul both acting as perfect soundtracks for all the Gordon Gekkos and Patrick Batemans of 1980s NYC. Fool, his first studio album in 4 years and 21st overall, splits the difference between his two best-known eras. A song like “Fabulously Absolute” strips off the soft edges Jackson is so often fond of and transports us back to late '70s England, evoking not only Look Sharp! but the hyperactivity of early XTC as well. On the other end of the spectrum lies “Strange Land,” a patient ballad that is as smooth as smooth can be. Drenched in jazz piano and atmospheric synths, it moves at a languid pace, propelled by Jackson’s powerful and unique singing voice. With a career spanning over 40 years, Jackson isn’t trying to reinvent the wheel here; he’s comfortable in his own sound and knows where his strengths lie. Thankfully, Fool puts them all on full display.