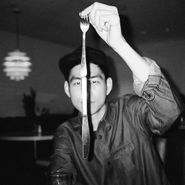 L.A. producer Nosaj Thing is known for his work with Kendrick Lamar, Kid Cudi and others, but his solo work commands respect as well. His third album is full of dark and twisted jams, throwing warped vocal snippets over sexy synth dreamscapes. On his own, Nosaj Thing’s tracks writhe into unexpected territory and get under your skin, though his collaboration with Chance the Rapper and Maceo Haymes, “Cold Stares,” makes for one of the album’s most arresting tracks, still and cinematic with its otherworldly sounds. If you only know Nosaj Thing for his production work or are new to him entirely, now’s the time to dive in with Fated.