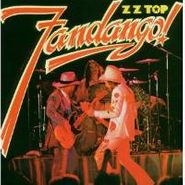 ZZ Top’s first two albums made them cult favorites with blues-rock aficionados; their third LP, 1973’s Tres Hombres, made them stars. The group toured incessantly, and it was natural that their next record would consist of both studio and live tracks. Fandango! was originally released on April 18, 1975 by the London Records label, and it broke the Top 10 on the US album charts, primarily on the strength of the FM radio classic, “Tush.” Fandango! finds the boys – Billy Gibbons on guitar and lead vocals; Dusty Hill on bass and vocals; and Frank Beard on drums – in an especially raucous mood; “Heard It on the X” is one of the band’s most essential, driving numbers.