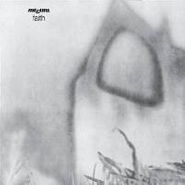 1981's Faith saw The Cure growing even further immersed in lugubrious sounds and subject matter, with two songs ("All Cats Are Grey" and "The Drowning Man") written in tribute to the gothic-inspired Gormenghast novels by English author Mervyn Peake. Although it received mixed reviews from critics, fans responded well to Faith and the album climbed even higher up the British charts this time around, landing at the #14 slot.