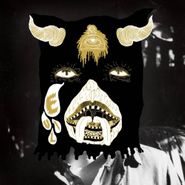 Indie pop soaked in Led Zeppelin with a Danger Mouse twist. I cannot recommend this album highly enough; Evil Friends got more rotation around my house than any other album this year.

Portland band Portugal. The Man teams with producer extraordinaire Danger Mouse for their seventh album, and in doing so they’ve brought their pop ambitions to stratospheric new heights. The hooks on songs like “Creep in a T-Shirt” launch out of the speakers with full-force, while they still retain the experimentation to cram four song’s worth of ideas into songs like “Plastic Soldiers,” which carries its everything-goes mentality into lyrics — “everything carries weight, everything is the same” John Gourley sings boldly. The band’s ability to truly wield several ideas within a song and make the whole thing memorable and catchy is what really sets them apart — the extended lo-fi pop intro of “Evil Friends,” which leads into a three-chord garage-rock rave-up, would sink most bands, but Portugal. The Man makes it into radio-friendly gold. Occasionally Portugal. The Man’s hook-heavy psych-pop gets samey, but they’re usually able to pull you back in with intriguing bits like the acoustic last half of “Atomic Man,” which nicely leads into “Sea of Air,” a Beatles-esque pop song that only uses the occasional handclaps and soft bass drum as its percussion, instead relying on pure songwriting to hold listener attention, and only breaking into full orchestral pop for a blissful couple of seconds halfway into the song. It says something about them, too, that they save two of their catchiest songs, the hard-hitting, shambolic pop of “Purple Yellow Red and Blue” and big-hearted power-ballad “Smile,” for the end of the album. By then, if you’re already not on board, Portugal. The Man ensure that there’s no way you can leave Evil Friends without their dizzying melodies spinning around your skull.