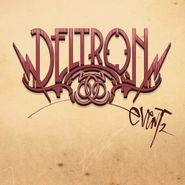 Follow up to the classic, preposterously dense and playful sci-ri rap opera concept album Deltron 3030, released in the year 2000 by an alternative hip hop supergroup consisting of Del the Funkee Homosapien, Dan the Automator, and Kid Koala. Event II finds the group basically picking up where the last album left off, telling paranoid tales of a future world gone corrupt and insensitive, again loaded with guests of all shapes and sizes, looking like a scene from the Mos Eisley cantina. At one point David Cross asks, "You gonna finish that hover sandwich?" Once again, the trio is spinning an entire world, and again, shockingly, the results are incredibly cohesive, and the world is totally immersive. Zach De La Rocha, Lonely Island, Damon Albarn, Black Rob, and Mike Patton all stop by to play various weird characters. Unlike the first Deltron record, Del is the primary rapper, with most of the guests this time around being singers or more narrative performers, giving the record a more consistent narrative voice and not the sprawling city map of 3030.