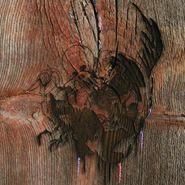 While Animal Collective takes a little break, its members are busy. Panda Bear will have a new release later this year, but first up is Avey Tare, who has previously released a solo album, a joint album with Kria Brekkan and now debuts this new group with former Dirty Projector Angela Deradoorian and former Ponytail member Jeremy Hyman. Far from a vanity project, Slasher Flicks is a full-blown band with a kickass debut album. Anyone familiar with the band’s pedigree will be right at home here, amid the tribal, Paul Simon-vibing “Blind Babe,” the dancey indie rock of “Little Fang” and the Animal Collective-ish and yes, infectious song “Catchy (Was Contagious).” But it’s not just the Avey Tare show, as Deradoorian’s ever-aerobic vocals bounce around the edges and give lovely shading to songs like “The Outlaw,” and anyone who got to witness Ponytail’s livewire act knows Hyman’s power as a drummer, which he displays on songs like the dynamic “That It Won’t Grow.” While we’ll always love Animal Collective, it’s obvious Avey Tare can create amazing work apart from that band, as he’s shown on the magical Enter the Slasher House.