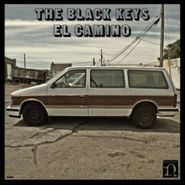 Ten years in, the Black Keys know what they’re doing, and they don’t do it any other way on El Camino. Produced by Danger Mouse and The Black Keys, El Camino, the band's seventh studio album, is as solid a rock set as you’ll find this year. The Black Keys have always had a way of taking rock tropes and making them, shall we say, more tasteful, and they do so swimmingly here, on songs like “Little Black Submarines,” which breaks down halfway through like a thrashier version of Tom Petty’s “Mary Jane’s Last Dance.” Even those who might think they’re too good for the back-to-basics classic rawk of the Black Keys will undoubtedly find their heads bobbing to the Skynyrd punk of “Money Maker.” Don’t resist.