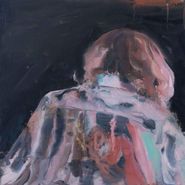 Sweden’s premiere psychedelic troubadours of the new millennium originally had their breakout moment back in 2004 with Ta Det Lungt, taking heavy sonic inspiration from the ‘60s and ‘70s classic rock in creating their kaleidoscopic indie pop. For those too young to remember, you could almost cynically frame them as a sort of Tame Impala-before-Tame Impala, but that would belittle Dungen’s storied career and discography. However, what both bands undeniably share is a penchant for making carefully crafted studio records featuring plenty of heady atmospheres and sonic manipulation, which is typically not the kind of stuff that translates seamlessly onto a live album. If you wondering how the band would replicate proggy, pastoral epics such as “Du E För Fin För Mig” onto stage…well, keep wondering, as Dungen opt for a different approach on their first ever live record. Recorded in Sweden back in 2015, Dungen Live is 40 minutes of brand new music, all of it entirely instrumental. With one track seamlessly blending into the next, the album functions as a free flowing suite of psychedelia, and appropriately employs a wide range of instrumentation in achieving lysergic bliss: fuzzed-out guitars, mellow piano, strung out saxophone, and rich Mellotron arrangements galore. By releasing this collection of never before released material, Dungen’s first live album actually aligns with the spirit of their studio records much more so than any traditional live release could, once again offering the listener another unique sonic experience that cannot be recreated.