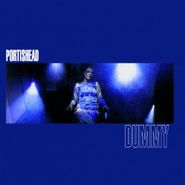 Dummy opened my life to a world of music I knew nothing about. I had never heard of Nina Simone and Billie Holiday. I had vaguely heard of Isaac Hayes, but never given him much thought. From the band's (at the time) impossible-to-find short film To Kill a Dead Man I learned about and fell in love with film noir. I also discovered the strange, slightly antisocial allure of ferreting out rare singles in sacred big city record stores, and uncovering bootleg versions of unreleased tracks sung in French. Dummy was the first album ever where I could tell you the exact track listing and who played on every track.

As an adult, I was sort of shocked to hear people describe Dummy as seductive and cool. Today I gave it another listen to see if I'd get this vibe nearly two decades after first hearing the album. Well, objectively, I get the "cool" idea, but subjectively it still sounds like it did when I was an alienated and increasingly depressed teenager: like a desperate woman reaching out with all she's got left, aching for some form of hope and connection, and barring that, to at least not be silenced. —Alison Stolpa