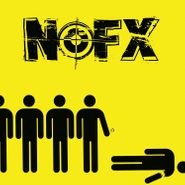 NOFX have followed up last year’s Single Album with a new 10-track Double Album. Recorded during the same sessions as the Single Album tracks, those on Double Album didn’t originally make the cut. Yet, many of these songs feel like some of the band’s most compelling: the band’s outsized sense of humor is present on “Punk Rock Cliche” and “Darby Crashing Your Party,” whereas “Three Against Me” and “Gone with the Heroined” get serious and very real. Double Album is one fans will dig for sure, imbued with the energy, enthusiasm, and winking humor that have made them the legends they are.