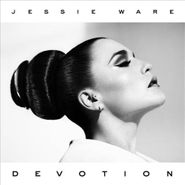 Finally seeing a U.S. release after a half-year’s worth of hype following its U.K release, Jessie Ware’s Devotion sounds better now than on its intial release. Its post-millennial touches, like the Kid A-style synths that open the title track, still entice, and its nuanced pop hooks, on tracks like the immortal “Night Light,” have aged well over the past few months. For the uninitiated, Ware released Devotion to fervent critical attention last year in the U.K., fusing European dubstep’s cool (read: Burial, not Skrillex) with Europop dance grooves and catchiness, coming off as somewhere between a hipster Sade and a cooler Adele. One EP release later (If You’re Never Going to Move) and Devotion is seeing its official U.S. release. Songs like “Wildest Moments” and “Running” are subtle yet incredibly catchy, sounding like pop hits beamed in from another planet or time —’80s pop and synth-funk figure largely, too, on songs like the sexy “Sweet Talk.” For those who might have admired Devotion but longed for it to up the energy a bit, the U.S. release actually improves on the original with the inclusion of a new single, the upbeat, even club-worthy “Imagine It Was Us,” which retains Ware’s cool while nodding to Madonna and larger dance trends, and is a perfect introduction for the headier pleasures housed on Devotion. If you haven’t yet checked out Jessie Ware, now’s the time.