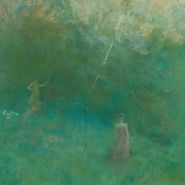 Way back in the summer of 1992, underground slowcore/indie icons Codeine headed to Harold Dessau Recording to create a slow-burning sophomore album called Dessau. After a lineup change, those recordings were scrapped, later to be re-tracked and reworked for the band’s final album, The White Birch. Now, thirty years later, the good folks at Numero are bringing the versions of those tracks as they were originally recorded to your turntable. With long-time Codeine producer Mike McMackin at the helm, the tracks have found new life in all their lustrous, gently earth-shaking vibrancy. Listen and rediscover these masters of the genre.