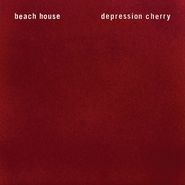 
Beach House’s latest album strips back some of the pop shimmer of their last two albums while maintaining the more confident songcraft they started debuting on 2010’s Teen Dream. It’s a bold move, and one that proves to be the right one for Beach House, as they’ve kept the reins on their trajectory and integrity while furthering the quality of their songwriting. First single “Sparks” is a powerhouse shoegazer that showcases the duo’s strengths, pairing Alex Scally’s emotive guitarwork with Victoria LeGrand’s lush, layered vocals. “Space Song” is a luscious, swaying love song built on a bubbling synthesizer and sighing guitar slides. “10:37’s” deliberately chintzy drum machine keeps time like a cheap alarm clock while Legrand’s vocals and synths float by hazily like nighttime clouds. Album highlight “PPP” reimagines girl group devotion in a serpentine, whispery ballad that ranks among the band’s finest songs. You might miss some of Bloom’s bombast, but you also can’t argue with the quality here. Beach House remain the most consistently great band of their ilk on another album of uncommon, unflinching beauty.