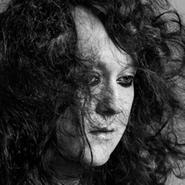 A gorgeous orchestral recording of some Antony classics new & old alike. One of the most stirring voices in recent memory, on his most definitive recording thus far. The title track is indeed like a knife.

Antony Hegarty’s latest release consists of live performances of his work with The Danish National Chamber Orchestra and features arrangements by Nico Muhly, Rob Moose, Maxim Moston and Hegarty. As a collection it is a consummate summation of the incredible work put forth by Hegarty and his collaborators over the course of four albums, as well as some of the messages threaded throughout Hegarty’s music. The title track, which begins the album, is a stunning piece created for The Life and Death of Marina Abramovic, a theatrical representation of the life of the renowned performance artist. Hegarty then launches into a speech labeled “Future Feminism” which puts forth ideas Hegarty has represented in his music — of ecology, queer identity and feminism, exploring the idea of matriarchal forms of government being the hope for a humanity, even with the rise of Sarah Palin, as it ties to the moon, menstrual cycles and religion. It’s a fascinating, sprawling discourse that provides a setting for highlights from Hegarty’s catalog, including “Cripple and the Starfish,” “Another World” and “I Fell in Love With a Boy,” the long pause of which grows more chilling given the song’s more lush presentation. It’s by no means a greatest hits selection — no “Hope There’s Someone” or “Aeon,” for instance — but it’s a great reinterpretation of material that actually calls for such orchestration. Antony’s quivering voice soars over ballooning strings, and we’re reminded of the healing power possessed by these songs of loss and hope.