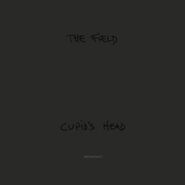 Alex Willner's fourth album is a wizened return to the sound which catapulted him to notoriety. Willner retains the sample trickery of Looping State of Mind, but abandons the band format. As stated, Black Sea is an update on From Here We Go Sublime's "Over the Ice". Approaching the unadulterated bliss of that track with hindsight's wisdom, Willner reins the trancelike chords in at the track's conclusion, leaving an dark bassline and female vocal sample hovering between fear and excitement. No no uses only lonely, effected footsteps as percussion, and the dirgelike track would fit well on the Tri Angle roster. Closer 20 Seconds of Affection would be the  envy among any number of modern drone merchants. As the album concludes, Willner introduces magisterial organ and then yanks everything but a wordless voice for a dramatic ending