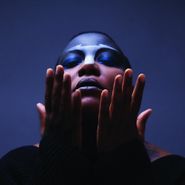 For almost twenty years, Ndegeocello has consistently been making some of the highest quality contemporary soul music available. At any given moment that a listening public or critical body might decide to take note, Meshell Ndegeocello rarely falls below third place in terms of her long running avant-R&B project and its incredibly limited set of peers. On her latest release, gurgling analog synthesizers, nearly-proggish (or in this case fusion-esque) melodic lines twist and interlock in compositions that had me white knuckled, waiting with bated breath for the next change or new sound. Melancholy, critical, sexy, hopeful, experimental, this is music that exists at such an advanced level, it challenges description. Elements of Prince appear with some regularity and Ndegeocello has made no bones about her devotion to the purple one, but what in the hands of Prince is a manic intensity, spreads out here into a thick foggy miasma of groove, just as dense and intentional with regard to a moment-to-moment everything-in-its-right-place take on production but at a syruppy pace (even, somehow, on the upbeat numbers) that oozes both sensuality and occasionally menace. Ndegeocello's ear for hip hop comes into play here, too, and while in 1996 her relationship to the jazz-funk sampling hip-hop underground was a breath of fresh air, she has moved on to more contemporary subterranean textures, incorporating elements of Madlib's shambolic technique into her future funk jungle. Another exceptional record from a consistently rewarding artist.