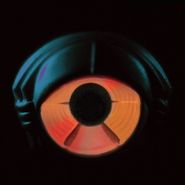 My Morning Jacket’s Grammy-winning 2011 album Circuital has been expanded into a stellar new Deluxe Edition that’s well worth a re-listen. In addition to the original barnstormers on the record, you’ll get ten previously unreleased demo versions. This is the band operating at full steam: the tracks are rousing, emotionally stirring, and intimate in spite of their epicness. Ten plus years after its original release, Circuital feels more dynamic and thrilling than ever.