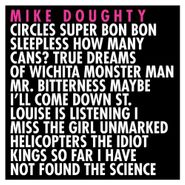 After publishing a memoir in 2012 in which the former lead singer for Soul Coughing chronicled his battles with addiction and with his bandmates, Mike Doughty decided to revisit those songs for the first time since the band broke up. For his fans it was a suprising move given how vitriolic he had been in his memoir. In The Book of Drugs (Da Capo Press), Mike Doughty wrote, "If somebody says they love Soul Coughing, I hear fuck you. Somebody yells out for a Soul Coughing song during a show, it means fuck you. If I play a Soul Coughing song, and somebody whoops - just one guy - I hear fuck you."

In an attempt to reclaim those songs, and perhaps to turn their memory into something positive, Doughty decided to rework 13 Soul Coughing songs, recording new vocals and new music for each. The result is an album that is at once familiar and different for fans of the originals. The vocals are front and center in the mix and there are less effects on them, particularly on songs originally found on El Oso. Musically, the songs are more similar to his solo work, albeit with more beats. But sometimes the songs are flipped on their heads. For example, where the original version of "How Many Cans?" was slow and steamy, the new version is uptempo and dancey. The original version of "Mr. Bitterness" featured fast, complicated rhythms and lots of samples, but the new version highlights an acoustic guitar over less obtrusive samples and simpler drum machine beats. Some fans will be pleased by the changes, while some will not. Either way, hopefully it provided some catharsis and cleansing for the singer.