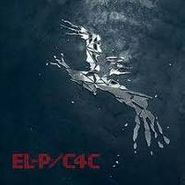 2012's "Best Album For Helping Raise Awareness of Cancer" in a year when it mattered was emcee/producer El-P's stellar release, Cancer 4 Cure, on Fat Possum (his own Def Jux label is on permanent hiatus), which was dedicated to his pal/former collaborator Camu Tao who died from cancer. The album came out in a year when hip-hop lost MCA of the Beastie Boys to cancer.

It’s been a while since we’ve heard from El-P, last on 2007’s collaboration-heavy I’ll Sleep When You’re Dead, and if there was a form for the eclectic rapper to return to, this is it. Cancer4Cure gives us 12 tracks of unadulterated El-P, running from full-tilt instrumental opener “Request Denied” through a host of songs featuring El-P’s trademark dark beats and heavy rhymes. It’s his strongest work since his debut, Fantastic Damage. He sounds as energized as he did on that decade-old debut, matching Killer Mike (whose own excellent R.A.P. Music also recently came out and was produced by El-P) rhyme for rhyme on standout “Tougher Colder Killer,” also featuring fellow Def Jux alumnus Despot. On morose eight-minute electro closer “$4 Vic/FTL (Me and You),” he raps “They’re not even listening … but I’ve never felt so brave as when I’m looking at your face.” It might be a love song, but it reads as a bold restatement of purpose from an artist of such rare power and innovation.