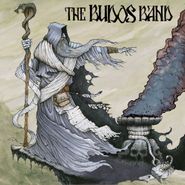 Afro-soul stars the Budos Band are back with a metallic barnburner of a fourth album. The Daptone-signed instrumental band have a way of making their horns sound larger than life, their guitar riffs sound gigantic and beats sound perfectly considered, on songs like the psychedelic title track, that make an absense of a singer an afterthought. On “The Sticks,” the 10-man band craft a kind of funkadelic Led Zeppelin track with gnarly, evil riffs and a bassline that won’t quit that could have existed in virtually any decade over the past half-century—that fact that it’s here now just feels like a gift. True heads know the distance between funk and metal is only skin deep, but Burnt Offering manages to make that incredibly apparent. It’s like locking Black Sabbath in a room with Parliament and ending up with something too out of this world to fathom. Cool beyond believe, Burnt Offering has us hooked. Keep it coming, guys.