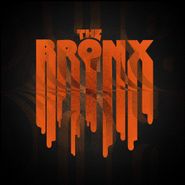 The Bronx comes rip-roaring back onto centerstage with Bronx VI. The band sounds as unstoppable as ever, their sound evolving with every rough-and-tumble release since their inception back in 2003, while still maintaining those key sonic ingredients that keep punk rockers and heavy metal headbangers enamored in equal numbers. It’s a non-stop assault of heavy riffs and ferocious drumming for most of the album, with “Mexican Summer” lightly nodding to The Bronx’s other incarnation as Mariachi El Bronx and album closer “Participation Trophy” drinking deep from the well of existential dread. Smart, disconcerting, and made to be turned up loud, Bronx VI is the perfect antidote to 2021’s cloud of perpetual angst.