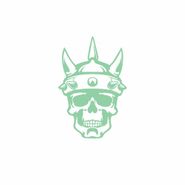 Vancouver crew Swollen Members have been at it a long time. Ten albums down and having released greatest hits comp, the trio of Madchild, Prevail and Rob The Viking don’t slow down a bit on their electrifying 11th release, Brand New Day. On tracks like “Power,” the band fully displays its ability to lay out rows of intellectually stimulating rhymes while keeping things lively, as Rob the Viking’s pulsating production doesn’t let up. On the title track, Rob pitch-shifts up a vocal and acoustic guitar sample that blends with the trio’s upbeat rhymes that extol lifting yourself up through struggles. Long underappreciated in the U.S., Brand New Day powerfully makes the case for alternative hip-hop north of the border.