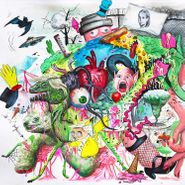 Braindrops is the next installment from avant-psych punks, Tropical Fuck Storm, and it's full of dark emotion and frenetic energy, woozy with echoes of bands like Talking Heads and Television. “The Planet of Straw Men” pulses with a driving beat, near-spastic instrumentation, and shouted vocals. “Who's My Eugene?” is ominous and enigmatic, and the frustration and anguish of “Paradise” is just as palpable in the whining, bending guitar as in singer Gareth Liddiard's ragged voice. These guys are fascinatingly weird and show no signs of slowing down.