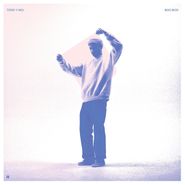 Initially achieving recognition as part of the chillwave craze that defined the beginning of the decade, Toro y Moi has never been content to wear one guise for too long. His early works, as collected on June 2009, had an Ariel Pink quirky lo-fi pop sensibility. His last album, 2015’s What For? ditched the bedroom producer vibe and recruited a full band for an album that landed somewhere between The Shins’ whimsy and Tame Impala’s psychedelic disco rock. So it’s interesting that his newest album returns to the style he is most associated with. Boo Boo is chillwave for 2017, featuring one of the genre’s innovators drawing on the influence of, ironically enough, the artists who took the sound Toro Y Moi helped define and translated it to festival stages. “You and I” is the widescreen hit the Toro y Moi of 2011 never allowed himself. Acknowledging his status as one of the architects of modern synth-pop, he is now ready to fully embrace the spotlight.