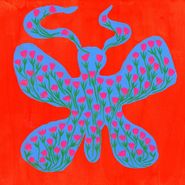 Dehd journey into slightly sunnier territory with their aptly named new album, Blue Skies. The Chicago indie rockers have crafted a collection of songs that feels both eclectic and cohesive as the mood shifts from urgent and intense to hypnotic and dreamy. Ultimately, this is an album about sticking it out through the tough times until some sense of meaning, growth, or fulfillment emerges—in whatever form it may take. Blue Skies is full of tightly-constructed rockers with a lot of soul, intelligence, and affirmation. Basically, it’s the type of album you’ll want to put on first thing in the morning and then keep in constant rotation.