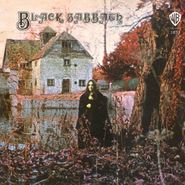 For anyone interested in the development of heavy metal, this is ground zero. The rain drops and thick, three-note riff that opens the album would introduce the world to the gothic drama and viscous, distorted riffs that would become a trademark not only of Black Sabbath but of the metal that would follow in its footsteps to this day. Interestingly, much of the rest of Black Sabbath is a bluesier affair, more in line with British heavy blues bands of the day (Cream, Led Zeppelin) — check out that harmonica on “The Wizard”! Yet that’s what makes Black Sabbath fascinating — how the hell did all that mid-album jamming yield the death march of “N.I.B.”? Ozzy Osbourne’s throaty intonations, Tommy Iommi’s Neanderthal riffery and their underheralded rhythm section would go on to make records that further defined their revolutionary sound, but Black Sabbath still has some of their most indelible moments and is a must-have for any original metal fan. And to go even deeper into the story, this reissue includes a second disc of instrumentals, outtakes and the band’s first single, a cover of “Evil Woman (Don’t Play Your Games With Me)” by the band Crow.