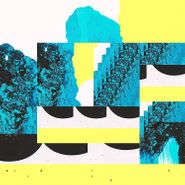 London duo Bicep’s self-titled Ninja Tune debut shows Matt McBriar and Andy Ferguson building their own take on electronic music, a sort of hybrid of techno, house, Italo disco, and electro. After a series of releases and remixes for the likes of Blood Orange and 808 State, Bicep is a succinct statement that straddles the line between dance floor bangers and the type of smart electronica you can spin again and again on your home turntable. Sometimes raw and buoyant, at other times contemplative and dialed down, the tracks on Bicep interplay and build off one another, creating a cohesive whole. An intriguing journey into late night life.